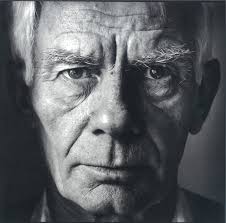 Enrico Castellani was part of an Italian movement that developed in the 1960s with the aim to develop a new type of elementary visual language. With the help of his mentor Lucio Fontana, Castellani started the exhibition space and journal (of the same name) Azimuth, co-founded with Piero Manzoni in 1960, which was dedicated to the “development of the newest and youngest avant-garde painting,” and featured works by artists such as Robert Rauschenberg, Heinz Mack, Jean Tinguely, and Yves Klein. Castellani is known for his relief paintings, starting with two-dimensional works formed by fastening canvas over protruding nails to allow for variations in positive and negative space, light, and shade. This idea later evolved into shaped canvases, diptychs, and triptychs in a range of colors, though white predominated. Castellani’s work was shown in the influential 1965 MoMA show “The Responsive Eye.” 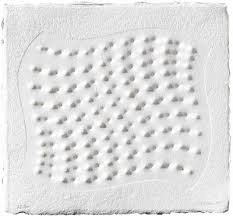