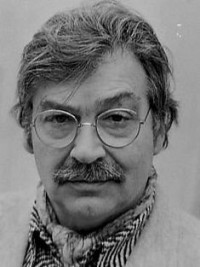 Karel Appel was an expressionist Dutch painter. He was a member of the famous COBRA, the European group of the late 1940s to early 1950s, which promoted spontaneous expressionism and abstract features in painting. Appel’s paintings incorporate applications of vibrant, violent colors often possessing a primal, childlike quality or a schizophrenic innocence. Later in life, Appel turned to creating figurative sculptures. Examples of his work can be seen in the Museum of Modern Art, New York City, Boymans-Van Beuningen Museum, Rotterdam, and other collections. Expressionist painter Karel Appel made a name for himself in the world of painting by creating a majestic collection of highly distinguishable work for which he became internationally renowned. From the start, art curators could not ignore Appel’s work, which has been exhibited at major museums around the world, including New York’s Museum of Modern Art, the Manhattan-based Guggenheim Museum, the Museum of Fine Arts in Boston and the Tate Gallery in London. Though Appel is widely recognized as one of the best-known Dutch Expressionist painters of all time, he was also a passionate printmaker, sculptor, and ceramicist